Who is to say

How these cats know

What’s in my cup each day.

Or at least they must

Because when my cup is set down,

It’s secret is a bust.

I keep my cup covered

To help in case of a spill

With a swipe and a grin.

I swear my cats grin

When they swipe at my cup

The dogs wait under the edge

Of the table looking up

I think that they

From the juice they pick.

“Do not leave food unsupervised!”

Because of the cats

My cups of coffee

And the puddle that lies

Yesterday was quite the adventure for me. I had an appointment downstate with a doctor and it was set for 3:15 pm.

It didn’t matter whatever else got done, as long as I could get to my doctor appointment on time. With a two hour drive to get there, and my disdain for early mornings. I knew the window of wiggle room was between nine am and eleven am. Lunch was it’s own “must have” somewhere within this day.

So off we went! South again! We stopped in two towns for little “pop-in’s” before the rest of the drive became a blur of blacktop and trees. (I spy…. vertical log. Tree! Okay, your turn).

Second. Tawas. I like a certain flavor of Jelly Belly and The Village Chocolatier carries the individual flavors for some jelly beans that I wanted.

Next, Standish. I had the pleasure of meeting the Shopper and self described “fluffer” of stuff for the Forward Corporation in Standish. She was super nice. I tried convincing her to buy my book to carry at her gas stations. Then I found out she’s part of the fourth generation of that corporation and does more than just “fluff”. We’re still looking into adding my book to their inventory.

Next stop, The Electric Chair tattoo and body piercings in Bay City. Naturally Charlotte was with us and it was too hot to keep her in the car, we all went inside.

For a bunch of burly, stereotypical men and women, one little pooch can sure make a difference in the atmosphere. She was quite the star. Anyway, I got a new piece of jewelry and we were on our way.

If you don’t know me, Starbucks is my kryptonite. If you do know me, venti caramel macchiato.

It’s time to go home, but now I’m hot, and uncomfortable. It’s muggy and 80°+ and the windows in the car do little to block the sun.

I’d guess 75% of folks would be comfortable in that scenario. But not my body! No way! I know this because I had a bit of a “spell” by four pm.

I hate to sweat, but I was sweating. I hate to feel out of sorts, but there was no semblance to what my twitching, head bobbing, speech slurring and overall “out of it” countenance was doing.

Maybe I had done too much.

Maybe I hadn’t had the right kind of fuel.

Maybe it was just too humid.

Maybe it was because it was a Tuesday, in June. I don’t know.

I just don’t know. This is what makes traveling or planning anything almost impossible. My body is so random at what it will cooperate for that I hate making plans, or leaving my lair for any length of time.

It’s been twelve hours and I feel like a whole other body or person now. But I’m at home in my air conditioning, next to my husband, in bed.

I just don’t know what else I can do to find the place in my life that will let me feel normal again. I’m discouraged, disappointed and hurt. I’m not living right now.

My overwhelming question for this past weekend is, was it worth it? And to that I have to say yes. I learned so much about what to bring expect and prepare for. Ya know?

3. Electric plugins (both pronged and usb)

4. WiFi of your own somehow. We relied on my mothers mifi pack.

6. Something to do. The flow of the customers isn’t always “there” so find a way to be busy. (Crafters were making more of their wares to fill up their inventory.)

8. Decor. Keep it classy though. Sometimes too much is just too much.

9. Product cleaner. No one likes a dirty or dusty piece. Keep those doo-dads sparkling!

WHAT TO PREPARE FOR.

A. Anything and everything.

B. Weather. We had torrential downpour and then beautiful breezes. Luckily we were indoors but when others get wet, your stuff gets wet. It can also cause humidity and warmth that you just can’t breathe through.

C. Rare and odd pieces for sale. I saw a full coyote face stretched out over a vintage ladies cap from the 1920’s. Very scary.

I bought a drum, necklace, backpack and body spray.

D. The kindness of strangers. There were so many different times that I was able to count on the the honesty and care of strangers. I started to feel sick in a quick downward spiral and the next thing you know, people came out of no where to find me water and give me a bathroom break, manage my booth and give me a smile.

E. Different payment methods. Some by credit. Some by cash. Some by product trade. Some by candy. Regardless it opens up a whole new world of conversation for you.

F. In my case, prepare to learn a lot. Learn about electric engineering. How to dry things off that have been saturated with coffee. Learn about the importance of scissors, fishing line, tape, and zip ties.

G. Certain types of massages are better than others. As long as your body is ready for the Toxin Dump. I had a great spiritual Etheric Massage and it sent me zinging! Oh boy did I zing! And then the toxins she released started to zing. There was a potty break immediately after. And then within three hours, there was a very necessary ride back to the hotel.

H. Being ignored, humored and used for your blinky rings. Neither of these reflect on a book about Hashimoto’s and Hypothyroidism.

I. No matter where you are, after you have explained everything to the nth degree; you risk having them say “ oh, hunh. Thanks.” And walks away. It it a bad idea to fall to your knees and grab onto their knees while begging “ Why?! Don’t you want to buy my ___________?!” Or growl as they walk away. First of all, they may have a friend hanging out in the back ground watching your response who is all too eager to “tell” on you. Bottom line, be resilient. Smile. Think to yourself it’s ok. Their truth might be different than yours and they just need some time to process your truth.

When it’s all said and done make sure that your helpers know how much you appreciate them and all that they did for you.

THANKS MOM AND THANKS RON, YOU TWO ARE THE BEST! 🙏 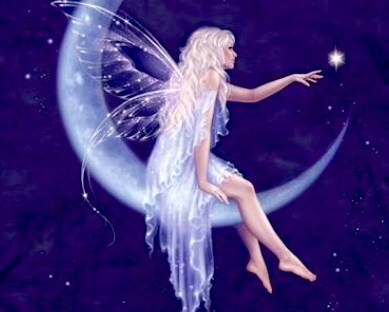 Do you ever wake up and wonder whatever happened to so-and-so? I mean, they used to be such a huge chunk of your life! How could they slip away unnoticed?

I’ve had people come into my life and stay for long periods and people who have made a difference in my life in five minutes and then be gone.

How does that work exactly? What’s the name of that algorithm?

For the most part I love people. I don’t care how you look, just how you treat others, ya know? I know that there are creepy people who don’t have my best of heart at interest. They just have a mission and every once in a blue moon or so, I happen to be in their way. No biggie, I can move.

My real question is what happens to the people who touched your soul, held your heart, made you laugh from your core and then slipped away?

I asked a Psychologist about it and the gist of the answer was that we’re supposed to go through those experiences. And yes, sometimes it hurts when they leave (willingly), and sometimes we don’t even notice when they’ve gone. I can think of a few who have been so intertwined with me that they were able to figuratively move my soul.

The movie Somewhere in Time With Christopher Reeves and Jane Seymour really got me thinking!

Albeit the point that I am trying to make is that the very essence of love must be part of the definition of my preponderance today.

Make sense? I don’t mean sex or physical love (only). I mean, the real stuff. The stuff that Angels float around on. Prayers, maybe? Seedlings during allergy season? Blessings in disguise as humans?

That’s what I want to know. Whatever that is. In the meantime I am going to go and snuggle up on my husband and fur babies, while they’re here.